I hadn’t heard of Hollow Knight until it appeared in “Sneek Peak” beta form as part of this month’s Humble Bundle. It turns out that it’s a very late Kickstarter project that is currently due to release in early 2017. It’s also a really nice 2D action adventure with a similar art style to Child of Light or Don’t Starve and gameplay reminiscent of Metroid or Ori and the Blind Forest. 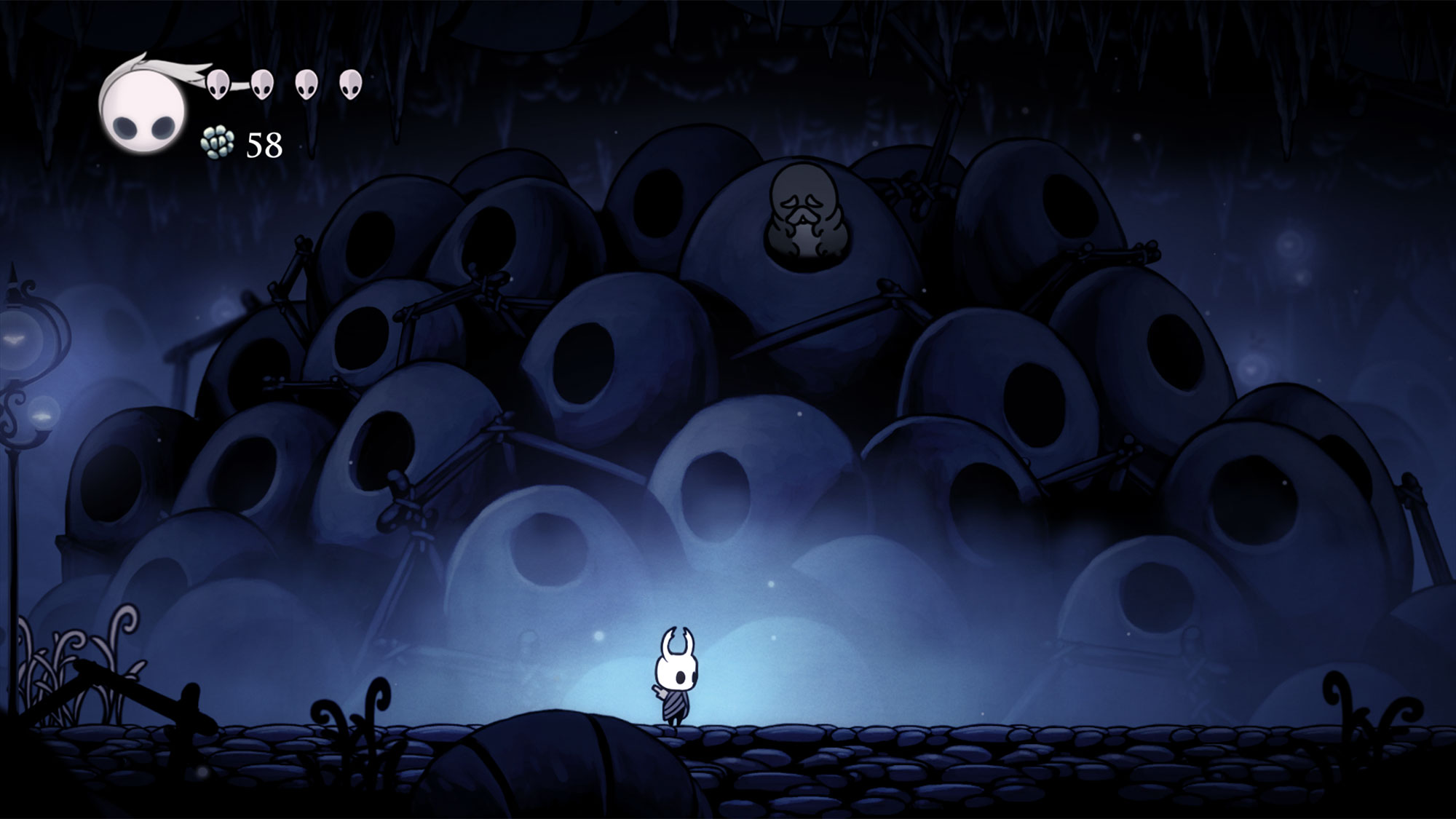 You play as the titular Hollow Knight as he tries to solve an ancient mystery by plunging into the vast depths of Hallownest, a sprawling underground kingdom that has been taken over by insects, warriors, and other deadly creatures.

To begin with you can only jump and attack but you quickly gain the ability to heal yourself using soul power; every enemy you defeat gives you some power to your soul meter and also drops coins that can be used in a shop. As you progress through the game, you’ll be able to gain new abilities such as jumping higher, dashing, and more powerful attacks. It seems very similar to the way your abilities unfold in Ori and the Blind Forest and that is a good basis of comparison for both how the game plays and how the mechanics feel. A lot of time has obviously been spent on making everything fluid and it really pays off.

One standout moment for me occurred when I was first struck by an enemy; as well as losing some life, there was a flash across the screen and the audio warped and gained an almost underwater sensation for a few seconds as if you had been punched in the face. It was disorientating (in a good way) and makes it a little harder to backtrack away from a powerful foe. 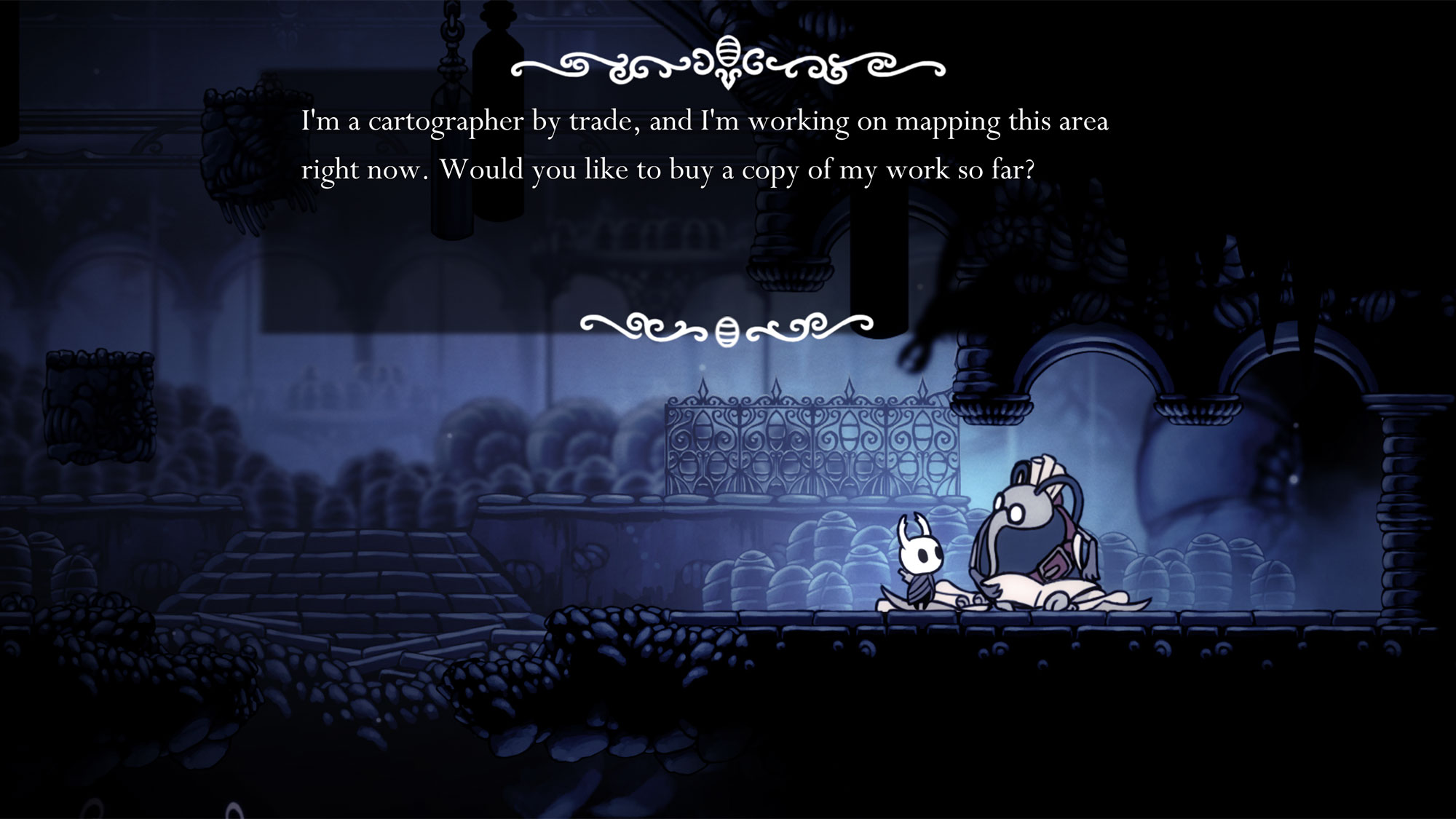 The underground areas are divided up into various sized rooms giving you a simple transition point that you’ll return to if you fall onto spikes or acid. If you lose all of your life, you’ll be returned to the overworld and all of the coins you’ve collected will be removed (but you keep anything in your inventory).

Hollow Knight is essentially an exercise in exploration with what appears to be an absolutely vast network of caves to explore full of interesting characters and enemies. One of the first things you’ll want to do is seek out the cartographer who will sell you one of his maps and also unlock the shop in the overworld; the shop stocks additional maps, a compass (for showing where you are), and a quill which allows you to fill in the map as you explore. I purchased the quill expecting it to fill out the map as I went from place to place but that didn’t happen; I have a feeling I need the compass as well for it to work (as otherwise I wouldn’t know where I was even though it isn’t too difficult to work it out). If you die and are returned to the surface, all of the rooms you have been to previously are shaded in making it a bit easier to see where you have already explored but there are many areas with secrets or collectibles that are just out of reach requiring you to come back later. That is where the other items in the shop will come in handy taking the form of pins that can mark the locations of collectibles. 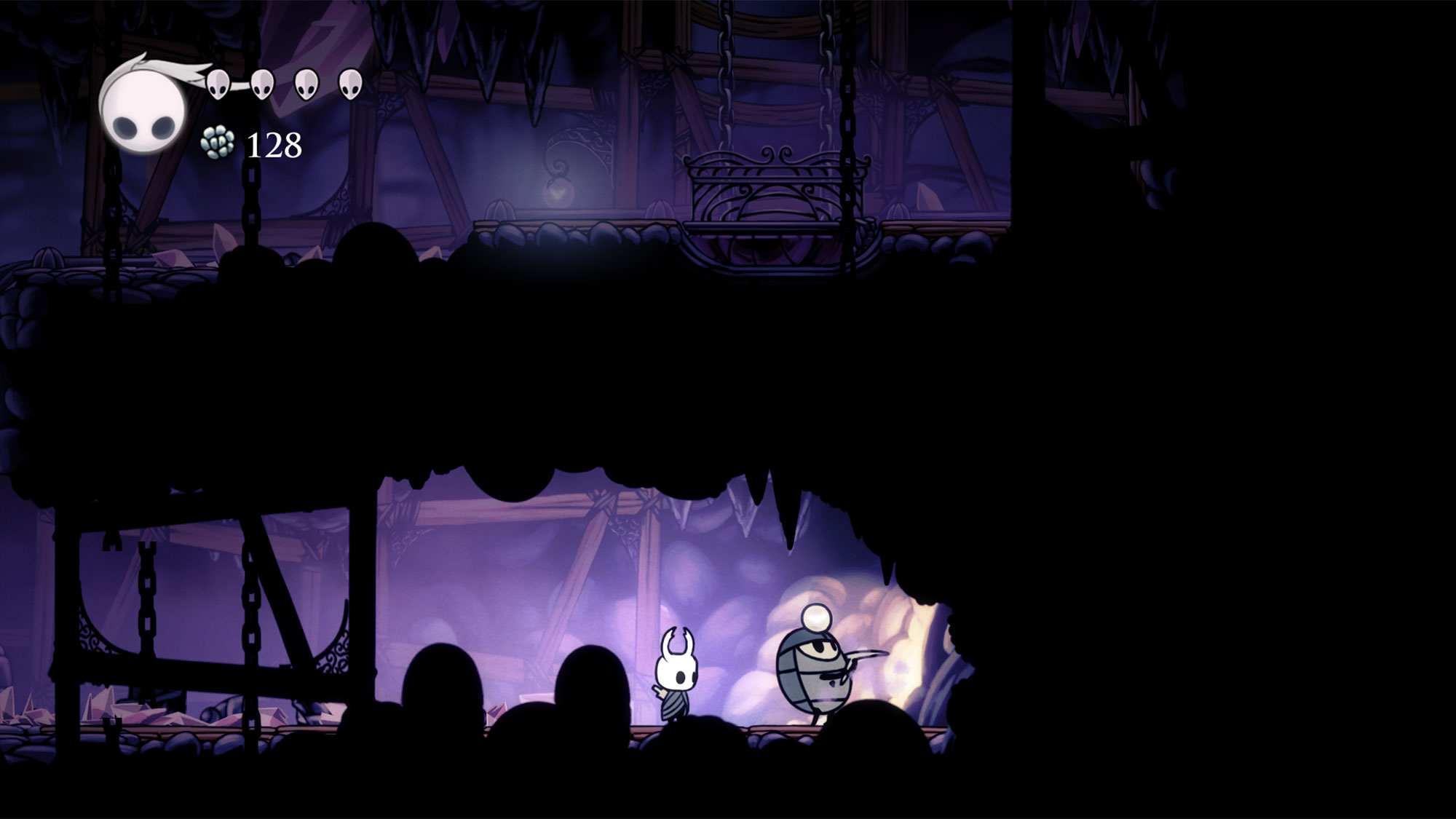 I had a quick search online when I received the Sneek Peek version of the game and that is when I discovered that it was a Kickstarter that hasn’t launched yet. It seems like there have been a few issues as the game was due to launch in June 2015 and the developers seem to have handled the Wii U to Switch transition poorly; unlike Playtonic (developers of Yooka-Laylee) which offered to either refund Wii U backers or let them have the Switch version, Team Cherry have instead said you can take the Switch version or have the PC / Mac version. There also seems to have been a mishandling of this Sneak Peek version with people like me getting access via the Humble Monthly whereas people who actually backed the project (and expected it over 18 months ago) have received nothing. 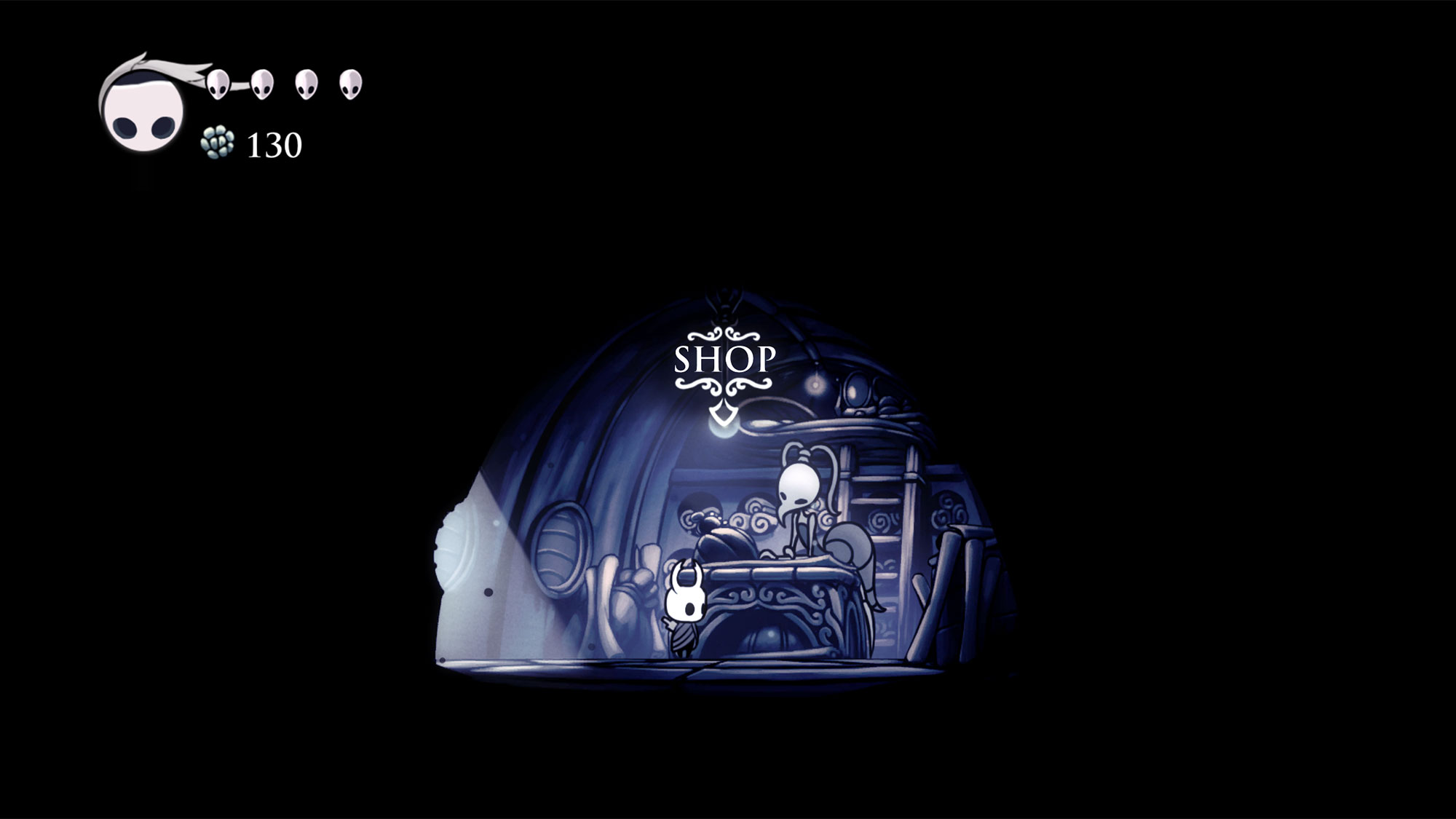 Whilst that is a concern, I have to say that I massively enjoyed my time with Hollow Knight and will definitely be purchasing it on Steam when it releases (or possibly the Switch if it releases at the same time although that is unlikely). I played the Sneak Peek for just under an hour and had to stop myself going further so I don’t have to repeat too much when the game launches.

You can find out more about Hollow Knight at:

It looks like the game will cost around £15 whilst a version containing some digital goodies and the soundtrack will be around £25.

UPDATE: Hollow Knight has a Steam release date of 24th February 2017 and won’t be available on the Switch at launch (coming later in the year)