When LEGO Dimensions was first announced, the property that really got me excited was Doctor Who. It wasn't a part of the first wave (launching just over a month later in wave 2) but it was the first official LEGO Doctor Who set to be released until the LEGO Ideas TARDIS was released in December 2015. That said, I have only just (after nearly 12 months) finished the level pack due to restarting it 4 times thanks to a poor checkpointing save system.

Before I get to the game, lets look at what is included in this set. You get a minifigure of Peter Capaldi's version of 'The Doctor' (complete with new voice recordings), a vehicle version of 'K-9', and of course the trusty TARDIS. As with all LEGO Dimension vehicles, both K-9 and the TARDIS can be rebuilt into 3 separate configurations and they can also have their various abilities upgraded with the studs you collect in-game. The Doctor minifigure has a few abilities including fixing, hacking, use of technology panels, and sonar smash. 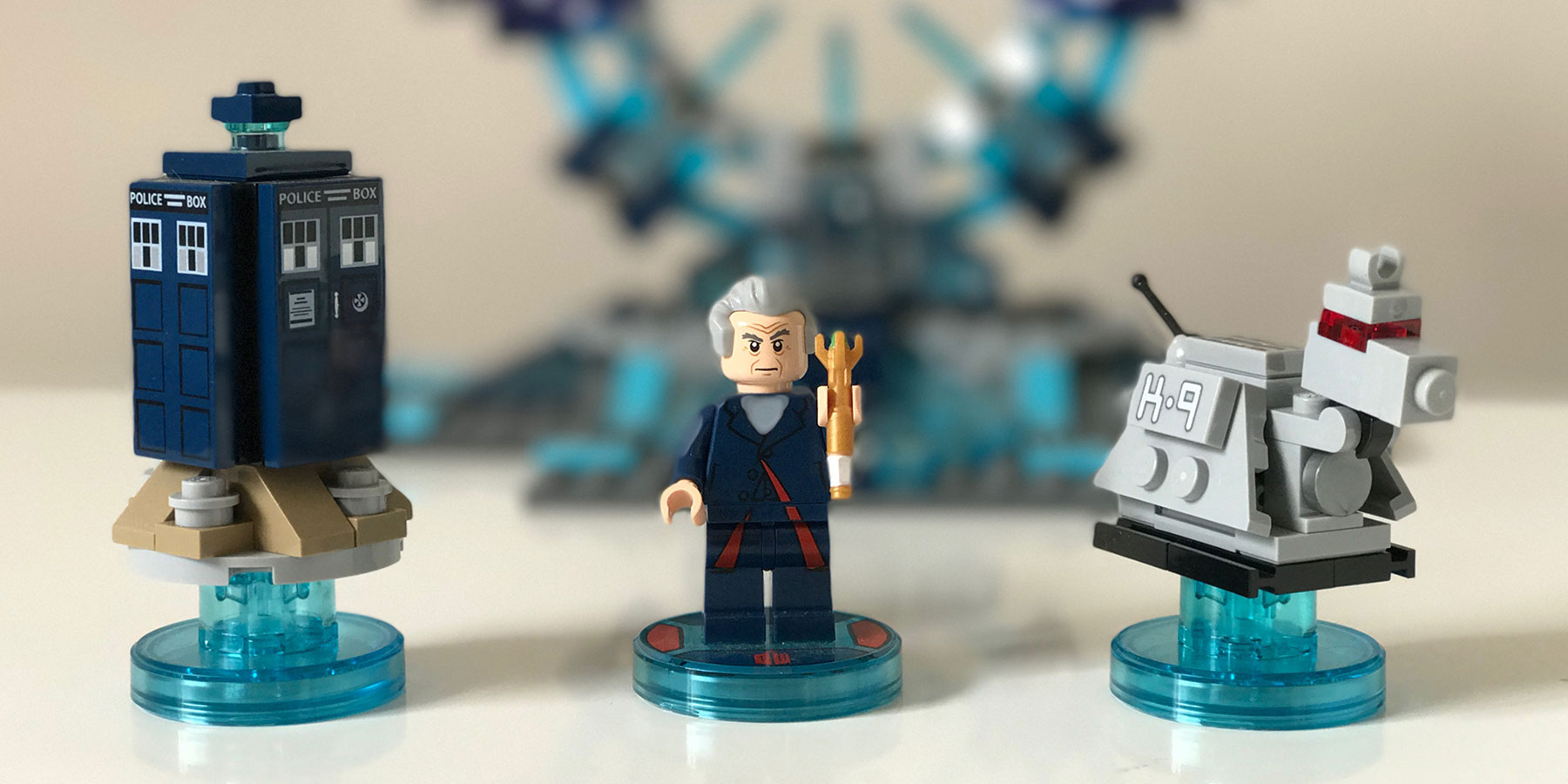 Once you have linked The Doctor to your game, you get access to both the Doctor Who dimension world and the level 'The Dalek Extermination of Earth'. The dimension world follows the same style as most of the other worlds in that you essentially have a large sandbox filled with various fetch quests or basic puzzles. The Doctor Who world has a slight twist in that there are 6 separate areas to visit (modern London, Victorian London, Mars, Skaro, Telos, and Tranzalore) which you reach by entering the TARDIS and then choosing a destination from the console. There are plenty of familiar faces to meet and hear with several characters, such as Missy, lending their voices.

The real draw of this pack though is the main level itself. You begin with a short cutscene showing the Daleks about to invade Earth and then you get the full Doctor Who opening scene with all of the various regenerations hidden throughout.

From there, you spend around 80% of the game in various versions of London before heading to Skaro for a final showdown with Davros by way of Trenzalore. The highlight of the level is a clever time travel system in which you can go to three versions of London that have the same layout but are in different parts of time; Victorian, present day, and (Dalek captured) future. You'll need to use the TARDIS to solve puzzles in different time periods in order to clear the way forward. For example, at one point in the future you need to get into a room of a building that only has one window. To do that, you need to use a crane in the Victorian London (when the building is being constructed) in order to physically move the window of the building such that in the future there is a way into the room. Its a neat trick and is very similar to the time travel nature of puzzle solving in Day of the Tentacle.

Despite the fun puzzles in the first half, I found the level fairly tedious in total. Maybe it's because I'm not a fan of the whole Dalek / Davros storyline but it seemed to me that the small Doctor Who level within the base LEGO Dimensions game is actually better both in terms of story and action; there are Weeping Angels in this level but they don't do anything whereas they are a highlight in the main game. Due to a distinct lack of checkpointing in the first 80% of the level, I ended up thinking my progress was saved and then coming back to the beginning again. This happened several times and, to make matters worse, various hints were gone so I spent 30 minutes wondering how to progress as I'd forgotten you could hold Y to get inside the TARDIS and move the story along. I also had a few glitches whilst fighting 'The Silence' which needed another restart to resolve.

With all that said, this is a well put together level pack with tons of content. Whilst the storyline wasn't to my taste, the fact that it has full voice-acting from Peter Capaldi throughout is a big win. My favourite aspect, however, doesn't unlock until you've completed the level; Regeneration. Once activated, you can change your Doctor by either killing him (in which case he'll go to the next regeneration) or by entering the TARDIS and manually choosing one. All the Doctors, including John Hurt's War Doctor, have voices taken from the TV show audio, and the TARDIS console room and theme tune music changes to match the current regeneration. It's a really nice touch and makes it worth the asking price alone as I can play through my other LEGO Dimension levels as David Tennant or Sylvester McCoy! 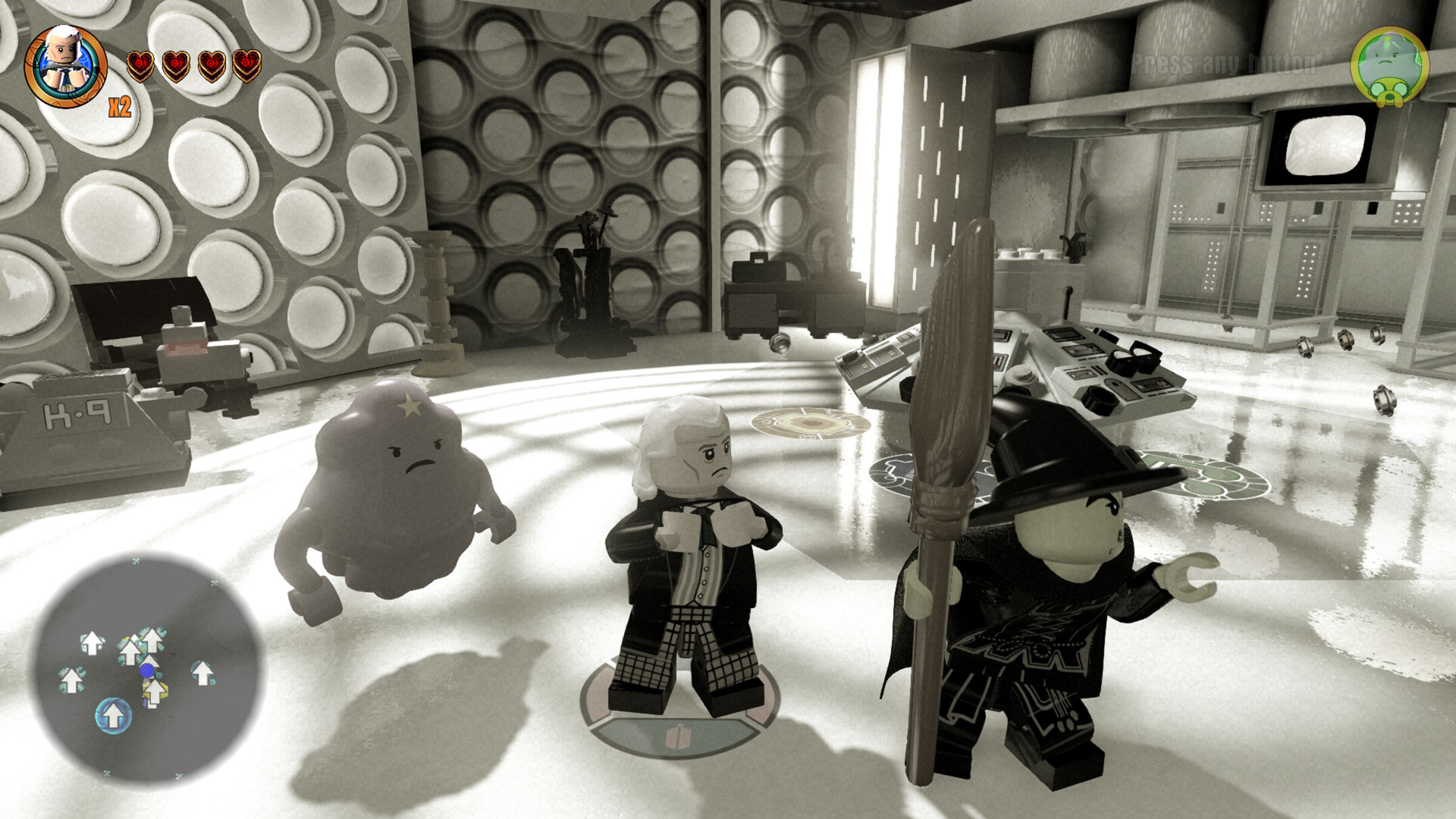 In summary, if you own LEGO Dimensions and you're a Doctor Who fan then this is a non-brainer. If you aren't a big fan, the time travel mechanic will still offer good gameplay and the inclusion of both level and dimension world makes it worthy of the asking price.