Ben says: "Whilst it was over too quickly, I did enjoy this point and click adventure. Whilst mechanically it is fairly pedestrian, the comedy and setting drew me in and really made me wish that the Kickstarter had been successful enough to release the additional content they had planned."

After playing through Day of the Tentacle, I went on a bit of a Steam binge purchasing up all kinds of different point and click adventures. Kelvin and the Infamous Machine is one that caught my eye mainly due to the cartoon aesthetic which is reminiscent of some of the recent LucasArts remakes. 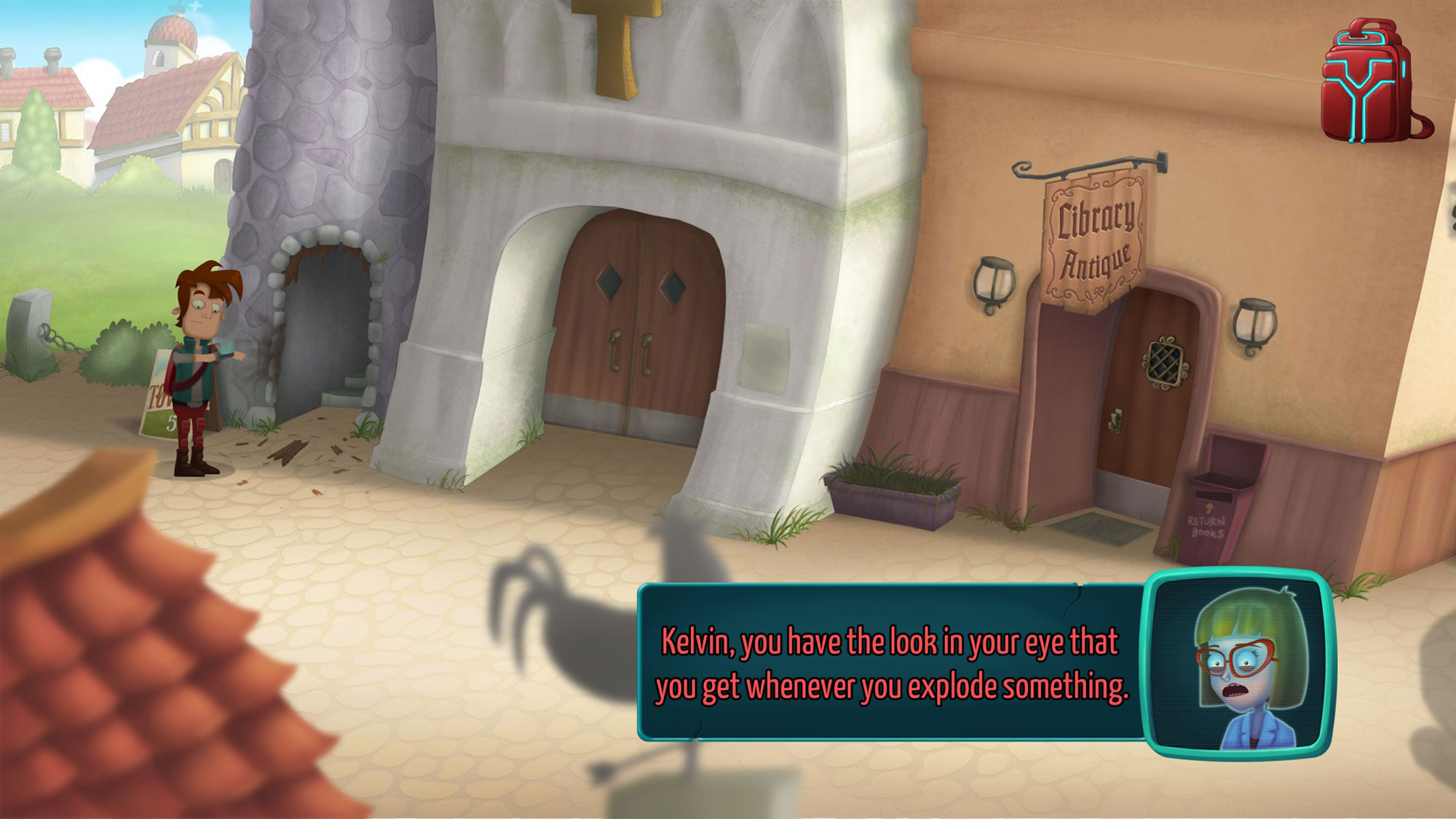 The premise of the story is that you are Kelvin, a bumbling assistant to a madcap scientist who goes crazy when his time machine is ridiculed for looking like a shower. He decides to go back in time and steal the work of some famous geniuses –Beethoven, Newton, and da Vinci – and it is up to Kelvin to clean up the mess.

The first thing that struck me about the game is that it is incredibly well produced. The voice acting is top notch and all of the environments are beautifully realised. It is also funny. Really funny. I literally laughed out loud on several occasions and that is what led me to continue playing and completing the game in the same day. 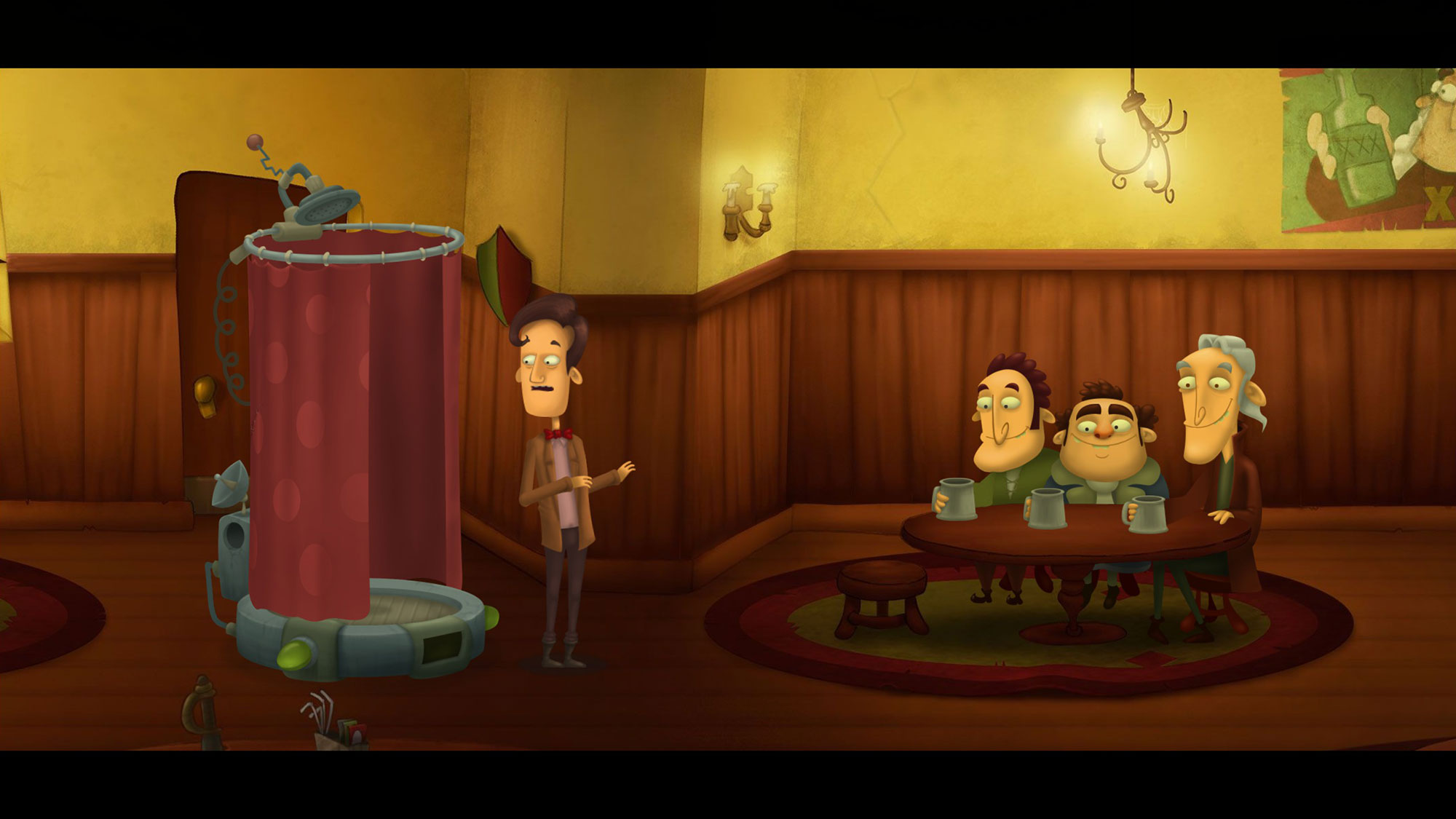 There are a number of time travel references…

Mechanically, everything leans on a simplified point and click interface. There is no support for controllers and every item you interact with can either be inspected or used; don’t expect the LucasArts style adventure with 12 interactions for each object (“look at”, “turn on”, “give”, “pull”, etc). I was happy to find that double clicking on a doorway or path would instantly skip you to the next scene rather than waiting for you to walk across as per some similar games; dialogue is similarly skippable which is a godsend if you read the subtitles faster than hearing the speech. Whilst I didn’t need to use it, there is a button to show all of the hotspots in an area so if you are stuck you can see if you’ve missed a piece of interactivity rather than diving straight for a walkthrough guide.

In terms of puzzles, I found the difficulty to be satisfyingly medium. A lot of the pieces fell into place very easily (to the extent I could see the solution a long way off) but there were a few head-scratchers that required a bit of back tracking. At some points, things actually change in locations without you necessarily realising it; it is also possible to use items on Kelvin himself which is an easily missed trick. Speaking with characters multiple times will often throw up extra dialogue which can be important although it is often just for added colour; I particularly enjoyed a very long conversation with a bartender about all the safety concerns he had about a particular drink (there is an achievement if you listen to the whole thing without skipping). The other thing I liked about the puzzle side of things is that there are multiple red herrings with either items or interactive elements that serve no purpose other than to throw you off. 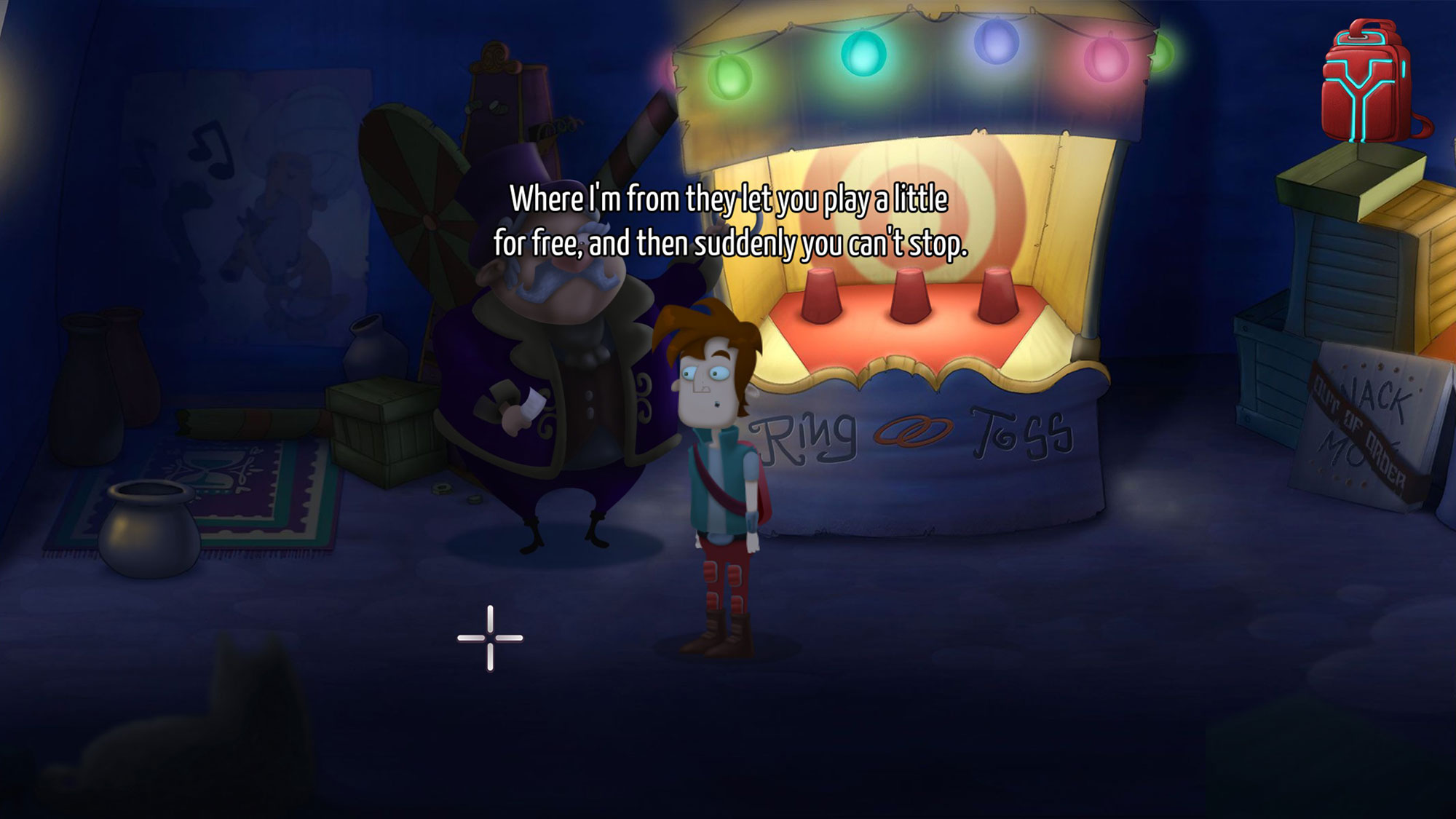 I always enjoy a joke about freemium games

Kelvin and the Infamous Machine is a good Steam citizen with support for both achievements and trading cards. Some of the achievements are based on the story but there are a number which will only make sense after a second playthrough which I would be tempted to do. I particularly liked that each of the three levels and epilogue had a hidden photograph that was often quite tricky to find; each one found unlocks an achievement.

On the negative side, I was disappointed that there was no support for controllers as it meant playing on GameStream wasn’t an option. Similarly, there wasn’t support for my 21:9 resolution screen even though the opening cutscene ran at that size; this is easier to understand as most games of this type don’t run at that resolution due to fixed assets. The only other issue I had was that sometimes the animation on characters, particularly their arms, wasn’t great. It reminded me ever so slightly of a Macromedia Flash MX tutorial I followed back in 2004 to make a dancing pirate which was terrible. 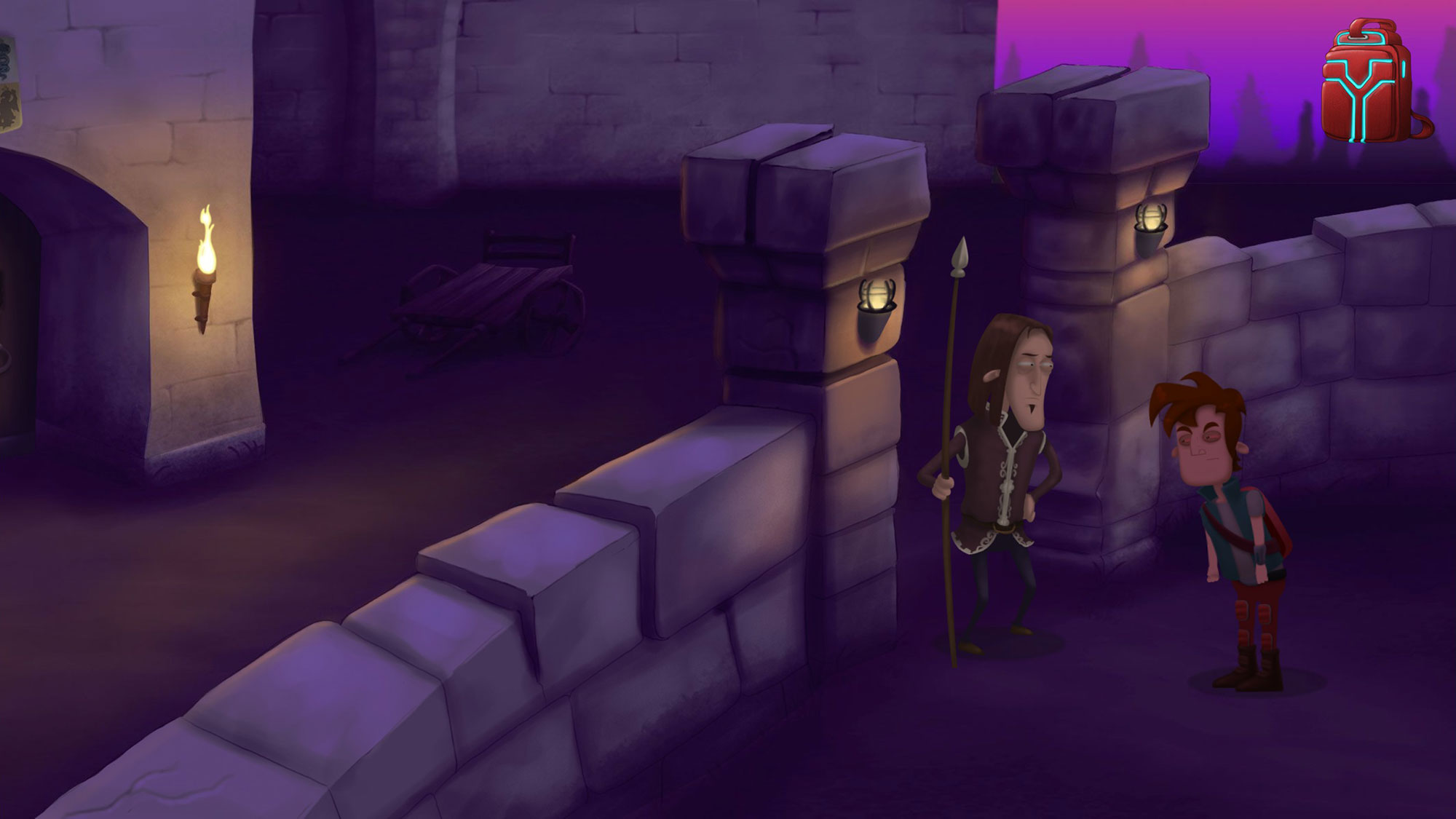 It would be very easy to gloss over Kelvin and the Infamous Machine as some sort of poor man’s Day of the Tentacle but that would be to do it a disservice; whilst there are similarities with the base story (mad scientist invents time machine) there is no time travel mechanic, multiple playable characters, and the gameplay styles are completely different. What they do share, however, is great comedy and puzzles. If you enjoyed those games, you will enjoy this.

I wasn’t aware when playing it but originally the game was developed from a Kickstarter campaign; they reached their target but unfortunately missed out on stretch goals which would have added extra levels. I really hope that they’ll release some sort of DLC or sequel in the future to add those as, whilst I massively enjoyed the game, it was fairly short at just over 3 hours of playtime. There is a small part of me that wants to replay it and grab all the achievements but I’d much rather play some new levels. That said, I found the game to be a beautiful example of a modern point and click adventure with all the hallmarks and comedy of the greats from the ’80s. Highly recommended.