Ben says: "A fun little diversion that only really held my attention due to it being one of few games available on the Switch in the first month. If you are a fan of the F-Zero or Wipeout series then this is a must have on the Switch but it will only really appeal to that niche audience."

The Nintendo Switch launched with what could be described as a microscopic number of launch titles; Zelda, 1-2-Switch, and Snipperclips were at the top of the list direct from Nintendo whilst other titles such as Super Bomberman R, Just Dance 2017 and I Am Setsuna rounded out the lineup from 3rd parties. However, buried inexplicably at the bottom of the eShop (underneath all the shitty NeoGeo games) is Fast RMX, a racing game in the mold of F-Zero series that serves as the only racing game available until Mario Kart 8 Deluxe appears next week. 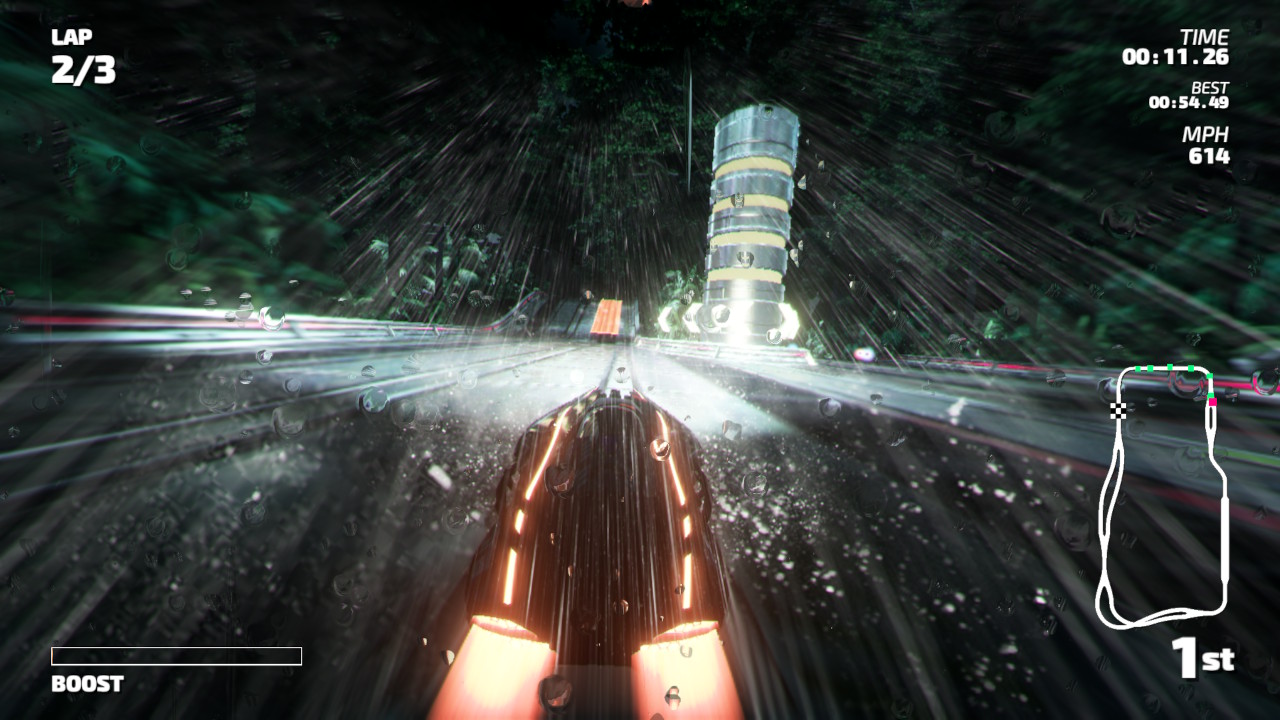 The weather effects are both beautiful and massively distracting

The comparison with Mario Kart 8 Deluxe is a good one as this too is a Wii U game with all the DLC included plus some extra courses and a bit of polish applied. Specifically, this is an expanded version of Fast Racing Neo with 6 additional courses. It is also capable of running at 60fps in both 1080p (console mode) and 720p (handheld mode).

The controls were slightly peculiar to me coming from more traditional racing games on the PC and Xbox. To accelerate and decelerate you use the A and B buttons respectively rather than the triggers; these are instead used for strafing a short distance to the left or right with the smaller right hand trigger being used for boosting. Motion controls are available if you prefer and there is full support for HD Rumble although I disabled this in handheld mode as it was far too powerful.

The unique feature for this game is the ability to shift (with the X button) between two ‘phases’ denoted by having your car glow in orange or blue. These phases line up with coloured strips on the ground that will give you a boost if you enter them in the correct colour but will slow you down otherwise. This gets more complex later on when there are jumps that require a specific colour; going over these in the wrong phase will inevitably lead to you missing the jump and your vehicle being destroyed.

Of course, you don’t leave the race if your vehicle is destroyed but are instead placed back a little ways and have to resume from a standing start. This is fortunate as later courses have plenty of hazards from giant sand worms and rotating fans to death defying jumps and rock slides. 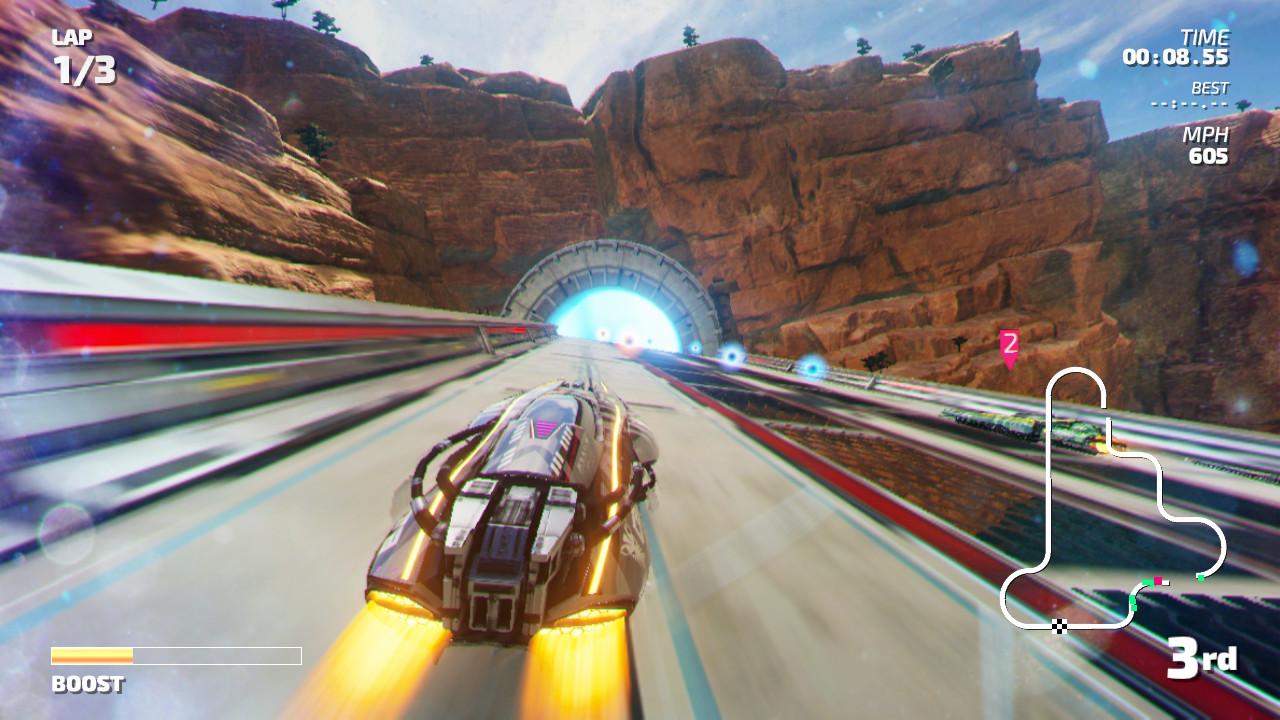 The main meat of the game is a 10 cup championship spread over 30 courses. Each cup is named after a metal and consists of 3 courses with the winner being the driver who accrues the most points over the races. There are also 3 difficulty levels for the championship — subsonic, supersonic, and hypersonic — which have the same cups but tougher opponents and even faster speeds.

As you race through the championship, you’ll unlock extra vehicles (with 15 in total) and, if you rank in the top 3, further cups and courses. These courses also open up in the Hero Mode (with similar difficulty levels) which lets you do single races with the caveat that you must come 1st and that your boost meter also acts as a shield similar to games like F-Zero X.

Whilst there is a huge amount of content within the single player, the game really shines in multiplayer thanks to the large array of supported modes. You can race online with 2-8 players and in split-screen with up to 4 players. You can also race with up to 8 players using local communication with multiple Switch’s with 1-2 people per console. I’ve tried all three modes and came away impressed with how quick and easy they were to set up with minimal lag in the case of the online and local communication modes. Particularly notable was the ability to use multiple Switch consoles even when there was no WiFi network available. 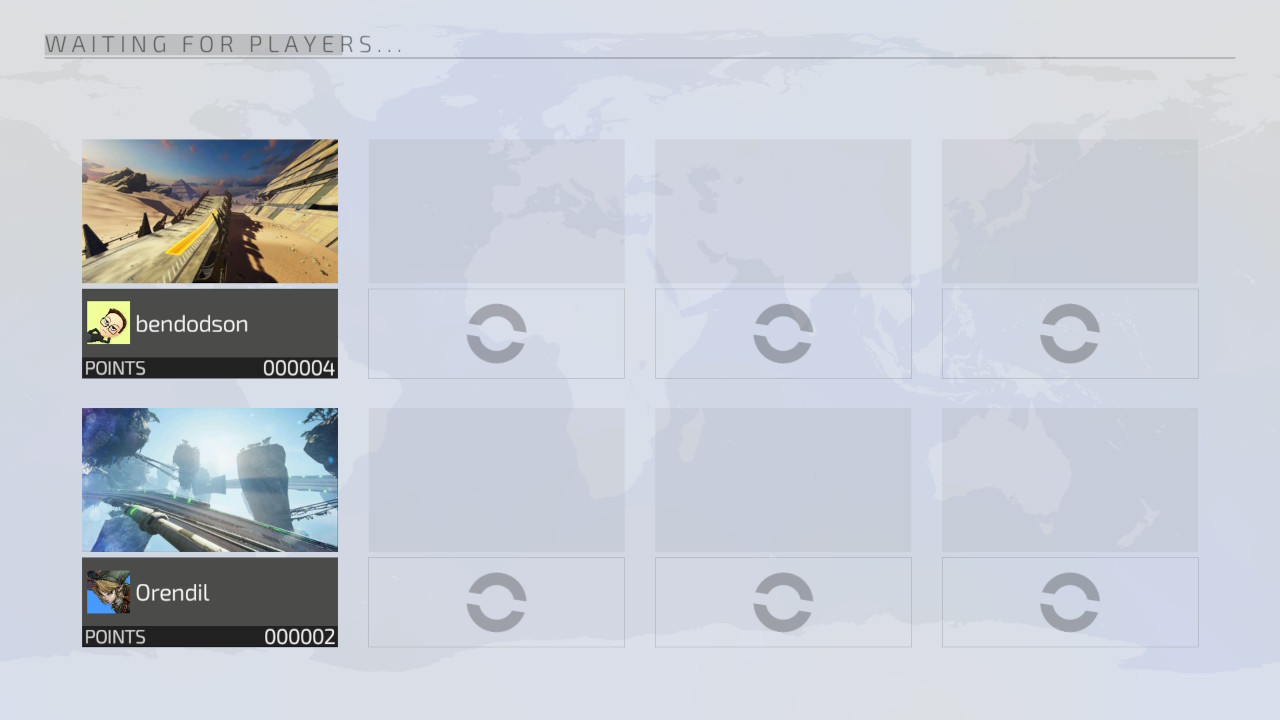 Multiplayer is easy to set up, either online or with local Switch consoles

During my time playing the game, I’ve encountered very few issues. Occasionally there are issues with the re-spawning placing me further in the race than it should and the AI for the championship means I can sometimes still win despite ranking maybe 3rd or 4th in each race. These are minor issues though and could be fixed in the various free updates which are scheduled; the first of these updates arrived this week including a new Time Attack mode (in all 3 difficulties and all 30 courses) and some improvements to the multiplayer mode when joining your Switch friends online.

Whilst the soundtrack isn’t as catchy as anything from the F-Zero series, the announcer certainly is; this is no coincidence as it is voiced by Jack Merluzzi, the announcer in F-Zero GX.

Being a Nintendo Switch game, there are unfortunately no achievements or leaderboards. I say this in nearly every review I write for a Switch game but it frustrates me that such a basic system has yet to be implemented. 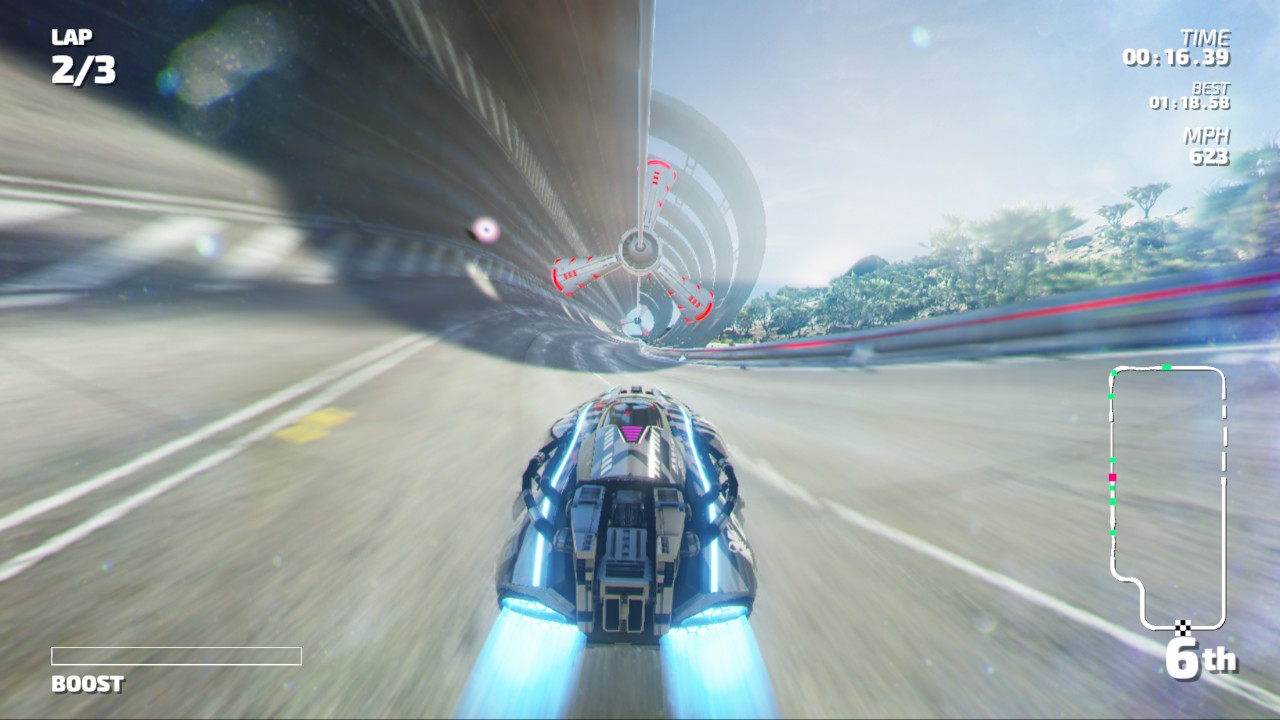 There are lots of fatal hazards on these tracks!

It would be easy to joke that this is the best racing game on the Switch (being the only one) but that would be a disservice to Fast RMX. It is a great racing game, period. The variation in the courses and the amount of animation and depth in the backgrounds of each race shows a level of polish that is rarely seen. That they have managed to get such an insanely fast racer to run smoothly at 60fps and 1080p is impressive, especially when you consider the various particle effects that have been layered throughout. It is the best looking game on the Switch so far.

Add to all of this a tight racing game full of challenge, additional modes, and the wonderful ability to switch seamlessly between console and handheld mode and you find an easy recommendation, especially at the bargain price of £18. I expect that the number of players online will dwindle when Mario Kart 8 Deluxe appears but this will certainly scratch that F-Zero itch in single player for the foreseeable future.