Ben says: "An incredibly short interactive graphic novel but one that will stick with you for a long time. The art style and direction are unparalleled but this is definitely more of an experience than a game."

Imagine a world where the lead designer of Monument Valley and the lead developer of Cuphead formed a 4-person studio in Melbourne. What sort of game would they come up with? Wonder no more as the first title from indie studio Mountains is here: Florence.

Published by Annapurna Interactive (the studio behind Her, Gorogoa and Kentucky Route Zero amongst others) it should be no surprise that Florence is not your traditional game. It is described as a “mobile narrative experience” but is probably closest to being an interactive comic book. 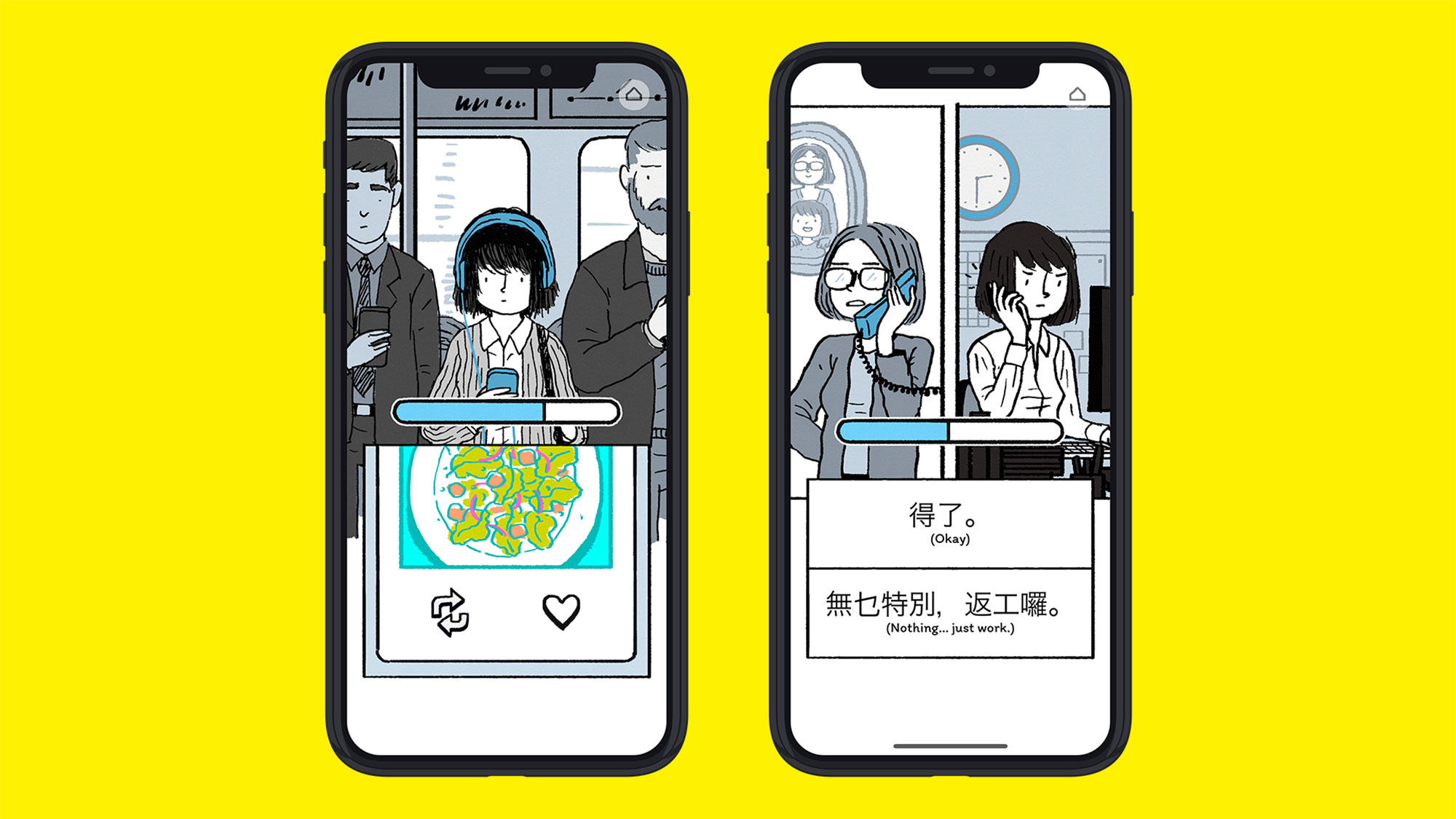 You play the titular Florence, a woman in her mid-20s who is stuck in an endless routine. The opening chapters of the experience see you brushing your teeth, swiping through your social media, putting together spreadsheets at work, and then binge watching TV once home. Fate, however, throws you into the path of Krish and then romance takes its course.

The entire experience lasts around half an hour but during that time you’ll work through 20 chapters showing the highs and lows of love from the excitement of a first date to the disappointments of the first argument. You have no real agency throughout hence the comparison to something like a comic book but the way in which you perform interactions really does help tell the story in ways that text can’t. For example, on your first date you have to arrange a speech bubble out of several jigsaw pieces to advance the conversation; as the date progresses, the number of pieces required to make the bubble drops and drops until it only takes a single piece to keep the conversation flowing. This little vignette of early romance is perfect at describing the moment without using words at all; the speech bubbles are empty and there is just Sims-like blabbering in the audio but this gives your imagination all it needs to piece together what is happening.

You literally can’t move forward without liking or reposting

This form of interaction is incredibly intelligent as most of these elements get used multiple times but with a slight twist. During your first argument, you’ll still be creating speech bubbles out of jigsaw pieces but this time you are racing to get your point out before Krish. His bubbles get faster and faster and the sound effects have a stabbing effect so you can tell this is an argument rather than the bubbly conversation of the date.

I don’t want to describe too many of the situations or interactions as they work better when you are approaching them unawares of how things will work or unfold. I will say that there are some wonderfully artistic decisions throughout though such as one landscape section of the game where you can only physically move forward by liking or reposting something in a stylised version of Instagram. Whilst I may be reading too much into it, I got a sense of it trying to convey how people in modern life simply can’t progress without constantly tapping through social media. There are many sections like this where what you get out of it will depend on your interpretation but also on your life experiences. My gut feeling is that this will hit home to a lot of people who have had a couple of long term relationships and you’ll find yourself nodding along as you relate to the characters and their lives. Whilst it does pack an emotional punch in places, the low points are balanced with joy and genuinely laugh out loud moments1.

It would not be fair to review Florence without commenting on both the art style and music. The animation and comic style drawing are obviously the star of the show but the colour palette is more impressive to me; when you are stuck in the drudgery of modern life there are moody blues and greys but the colours pop to live as romance blossoms. Whilst text is rarely used, the typography that does exist is utterly sublime. I literally took screenshots of every chapter marker as I loved seeing the Itim font face. The music is also incredibly well put together with the cello taking center stage as the main representation of Krish and his ambitions. I’ve already mentioned the intelligent usage of sound effects to convey an argument without words but it bears repeating that the artistic vision in this project is second to none. 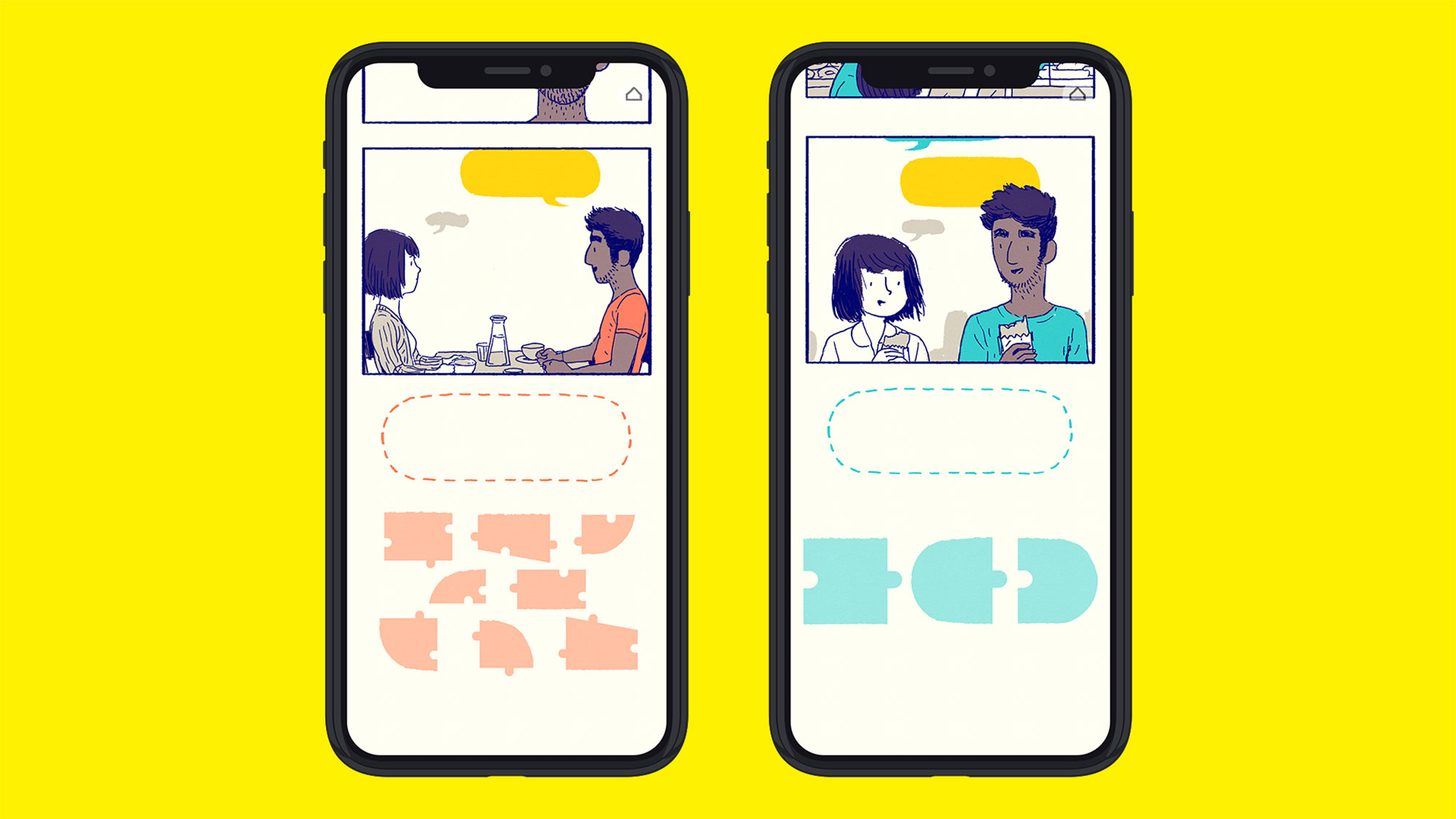 If I was nitpicking I would say that the experience is shorter than I had expected coming in at around 30 minutes. With 20 chapters, this means each one lasts an average of 90 seconds and whilst I wouldn’t want to see the story ruined by unnecessary padding it felt like there could have been slightly more exposition especially when there are jumps of 6 months and 1 year with no detail of what happened in between. Whilst these jumps help feed the imagination — “what happened to cause this?” — they are also something ripe for expansion.

Mechanically everything is solidly put together and worked beautifully on my iPhone X although the home indicator would keep popping up which was distracting at times. Interestingly, they have included iCloud sync but there isn’t much call for it as I can’t imagine you’d need to jump between your iPhone and iPad during what is going to be a very limited playtime. You’ll play the majority of the game in portrait but there is one chapter in which you need to rotate into landscape.

Florence is a difficult game to summarise and an even harder game to recommend as it will really depend on your sensibilities. If you enjoy slice-of-life stories and have an appreciation of art then it is a no-brainer but if you were thinking this was going to be the next Monument Valley or Cuphead then you may want to give this a miss. Ultimately it will also depend on your life experiences and where you are in your current relationship; it’s a game that may make you hurt for the love you are missing or grateful for the love that you have. Regardless, it is a beautifully designed experience and one that will stick with me for a long time.