Ben says: "Whilst it has a far better combat mechanic than The Stick of Truth it doesn't quite get away with rekindling the enjoyment of the first game. The ending of the main quest is a bit too long winded whilst the DLC is far too short for the price. If you're a big South Park fan then it is still worth playing but otherwise it is one you can miss."

When I reviewed South Park: The Fractured But Whole back in November I commented that the game felt more like an expansion to Stick of Truth rather than a fully fledged game despite the main quest line being almost overbearingly long. Despite that, I was eager for the first campaign expansion – From Dusk Till Casa Bonita – mainly due to my love of the 2003 episode that sees Cartman kidnap Butters in order that he can go to the restaurant. The DLC has now arrived and unfortunately feels like an unsatisfying appetiser rather than the chunky entree I was expecting.

Once the expansion is installed you’ll receive a call from Kenny asking you to go to Casa Bonita (via the DLC bus stop1) to help him retrieve his sister Karen who has been captured by vamp kids. It turns out that it is actually Mike Makowski’s birthday party starting a quest line that sees you interact with Mike’s stepdad, Mr Adams2, as you try to infiltrate the vamp party and save Karen. The gameplay is much the same as the rest of the game with free-roaming basic puzzles interspersed with grid-based battles. Some of the puzzles are pretty good, and an arcade sequence is particularly fun3, but generally they are incredibly basic with an over-reliance on the time-fart mechanic. 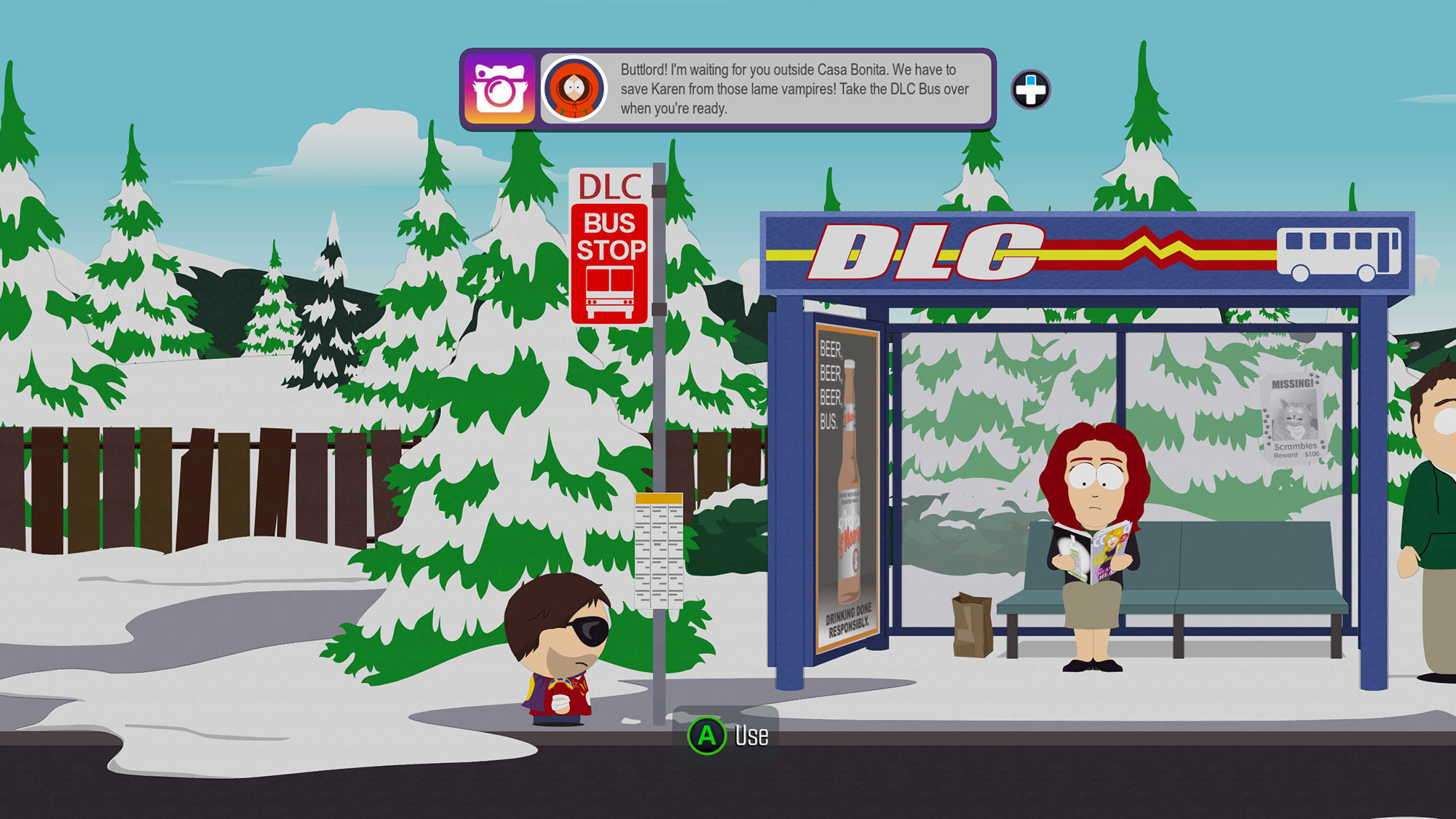 You access Casa Bonita via this handy DLC bus…

Things get interesting when you see the new features that have been added to this particular quest. There are new artefacts, DNA strands, costumes, recipes, and some other consumable items such as the “Tome of Teleportation” that lets you teleport to a different square in a battle. Each of these are available to be taken back into the town potentially giving you a new way to play if you tackle the DLC before completing the game.

There is also the new Netherborn class which you can mix and match with other classes and bring into the main questline. Whilst it isn’t particularly powerful, it comes into its own with an ultimate move that sees you literally become Death for three turns with your regular attacks being replaced by special ones that deal damage to a huge area of the board. This is definitely useful later in the Casa Bonita quest when you have a large number of vamp kids to fight that all have relatively low health (but a lot of pesky health-stealing moves). 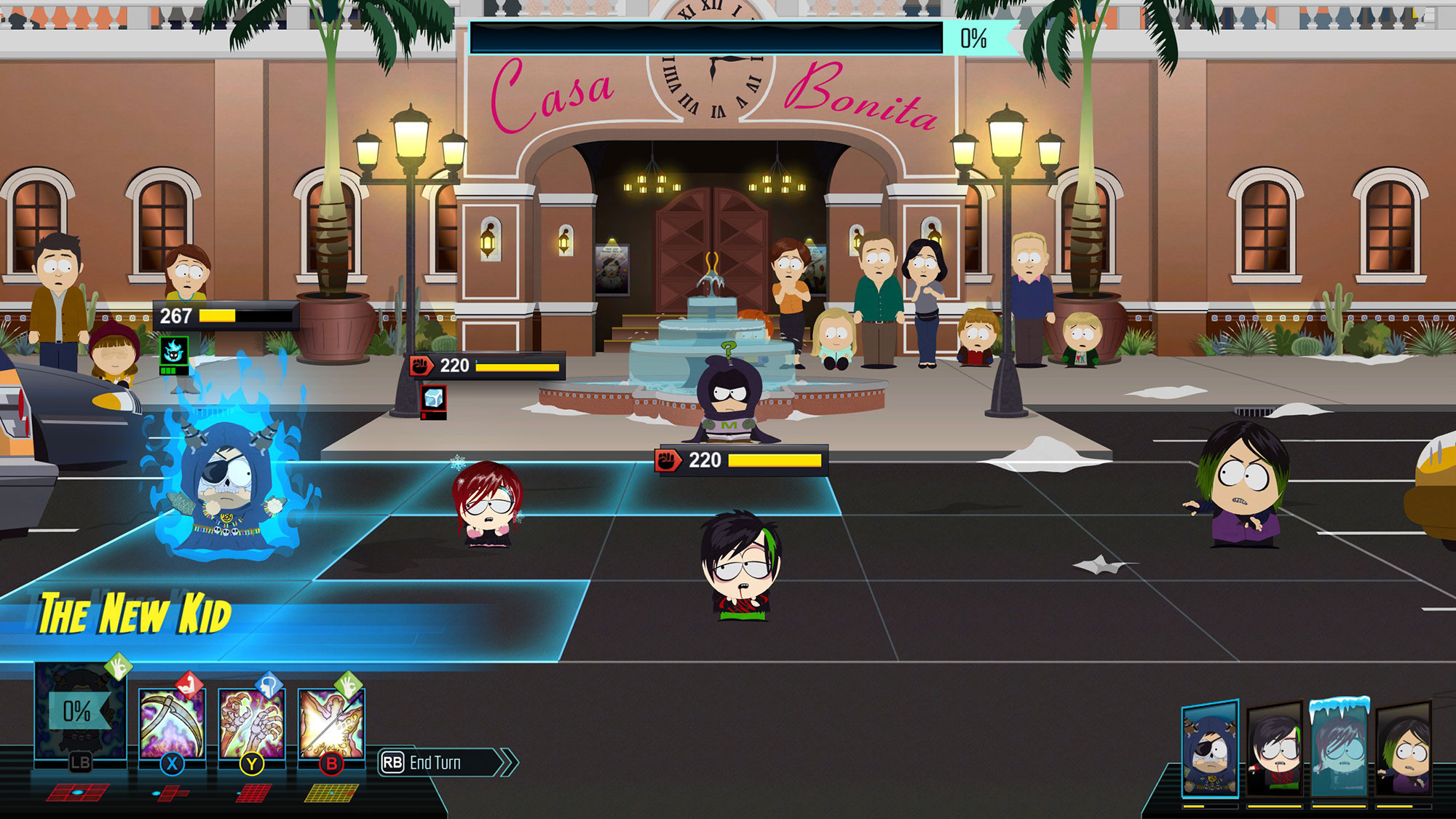 The Netherborn class is introduced via a staged tutorial fight

Another addition is a new combat buddy in the form of goth-kid Henrietta4. She doesn’t have a particularly impressive array of regular attacks (being limited to a horizontal fire blast and two defensive moves) but her special attack is incredibly useful in which she summons Satan to heal all allies and hurt all enemies. I used her for the duration of the quest mainly for the variation from the other characters whose voice-acting I’d heard numerous times already. As with the Netherborn class, Henrietta can be used back in the main story once she is unlocked. 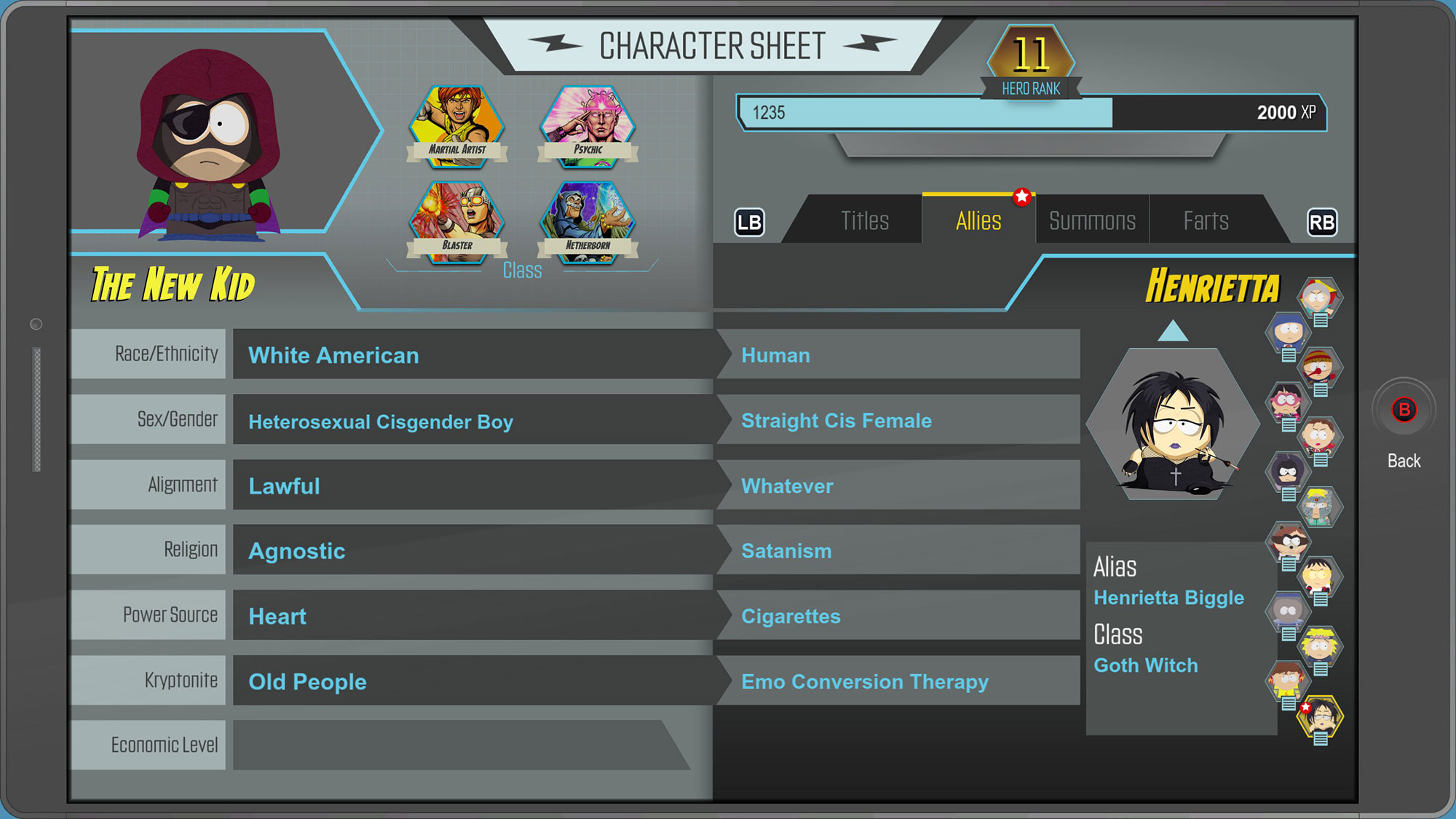 Henrietta the goth is a new unlockable ally

Whilst I didn’t have many issues with the main game when I reviewed it, I did experience a number of issues with the Casa Bonita expansion. The main one is that it is fairly glitchy; I got stuck in the floor several times and at one point this happened after a boss fight which I then had to re-do as the autosave hadn’t kicked in. There were also a few quest options that should have unlocked but didn’t such as giving one kid an arcade prize. It seems I’m not alone with several posts on the Steam discussion boards pointing out crashes or endless loading screens.

One of the bigger bugbears is that there aren’t any new achievements added via the DLC which seems a missed opportunity, especially when it would not take any real development time to add them. This is especially true when you are paying over £10 for around 2 hours of added content that isn’t making any changes to the existing formula. 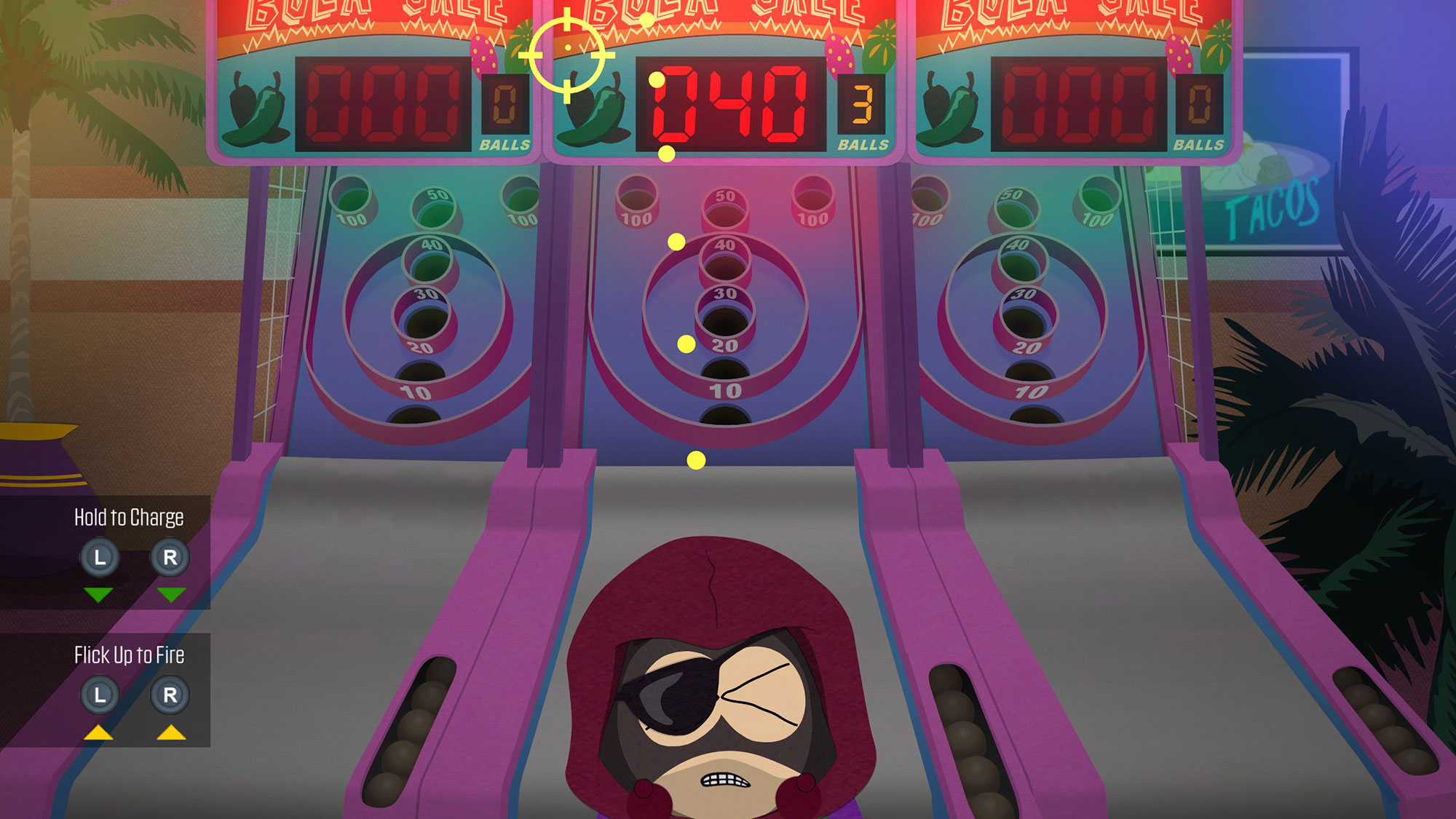 In the end, the conclusion for From Dusk Till Casa Bonita has to be that it is very expensive for what it provides. Whilst the main game outstayed its welcome with an 18 hour runtime, the DLC feels like a very short side quest especially at a £10+ price point. Whilst there are some interesting items and an epic final boss sequence, the game itself is just more of the same with an over-reliance on time-fart puzzles, a deluge of paedophilia jokes, and very little to mix up the battles beyond enemies that can life-steal.

If you are a die-hard South Park fan that has 100% completed the main story, this is probably worth picking up whilst it is on sale. For everyone else, it is probably better to just watch some of the funnier moments on YouTube.